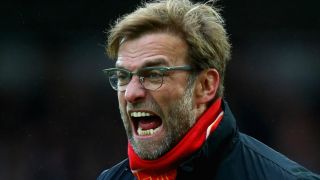 Liverpool manager Jurgen Klopp said the club have to "respect their situation" after only managing a 2-2 draw against Exeter City in the FA Cup.

Exeter went ahead twice thanks to goals from Tom Nichols and Lee Holmes, but were pegged back on both occasions by Jerome Sinclair and Brad Smith.

The tie means the two sides must play a third-round replay, with Liverpool to host their fourth-tier opposition at Anfield.

Klopp said his side deserved a replay but admitted the performance was not good enough.

"Yes, of course we deserved a replay. These players worked and tried what they could tonight," he said.

"If they made mistakes, it’s my responsibility. If they were not good in one-on-one, it is the responsibility of all the coaches of Liverpool FC.

"If they were not good in headers, it is the responsibility of all coaches of Liverpool FC – not the players.

"[They didn’t play] as good as they can, but it was good enough for a draw."

The extra fixture adds to an already frenzy period for Liverpool, who played their fifth game in 14 days.

"It's only a situation that we have, it's no problem. We had some more games than other teams because we are still in the Capital One Cup, we played Europa League, that's all," Klopp continued.

"The main problems we have is because our centre-halves are injured in this moment. We had five centre-halves at the beginning of the season and at this moment no centre-halves, that's the situation, but next week it could be different. Then we have to see what we can do, we work on it, and go on.

"We have to respect our situation and that’s what we did. We were here to go through to the next round. It didn’t work out 100 per cent – 50 per cent – so now we have another game at Anfield.

"It is like it is…and I can’t believe we have another game."