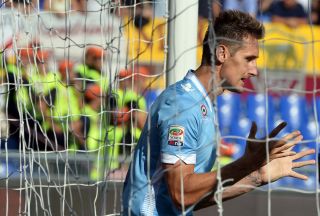 The Germany international scored 15 goals in Serie A last season and is the joint highest goalscorer for his country alongside Gerd Muller - finding the net 68 times.

In September, he suggested that a move to the MLS or to former club Kaiserslautern may be on the cards and the 35-year-old is set to wait until next year's FIFA World Cup is finished before contemplating his future.

"With how I feel at the moment, I am certain I can play one or two more years,” he told German television show NDR.

"However, this will be a decision that I will make year by year, month by month. Now let’s see how this season goes.

"I still have a contract with Lazio until next June. Then there will be the World Cup and we shall see what I will do. My decision will undoubtedly be very spontaneous."

Klose has scored once so far in the league for Lazio, helping Vladimir Petkovic's side to seventh place in the table.

He went on to explain his desire to take on new challenges in football, adding that his approach to the game remains the same.

"The future? I am not one who is content with what he has achieved. I always want something new," he said.

"My legs are in place, as they were at the beginning of my career. Except for some light ailments, in my sporting career I have never suffered a serious injury.

"I am really in order in terms of physique. In all the medical tests, I have always appeared among those with the best results. This gives me confirmation.

"I live as I always have: without alcohol, I am attentive to what I eat, and I go to bed early. These were my rules from the beginning because I have always endeavoured to improve myself, to aim high.

"Now that I am beyond 30, I have the satisfaction in keeping pace with the others. Which for me, is really nice."