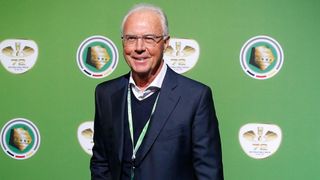 Koch released a statement on Tuesday in which he pointed the finger directly at Beckenbauer – a World Cup winner with Germany as player and coach – for allegedly agreeing a deal with Warner, who is also the former head of CONCACAF, although he stressed "no direct payments" were involved.

Warner has since been banned from all football activities for life by FIFA's ethics committee although he has repeatedly protested his innocence.

The Koch statement read: "It is a contractual agreement that is signed by Franz Beckenbauer on Germany’s side and Jack Warner on CONCACAF’s side.

"An agreement that was reached four days ahead of the decision for the allocation of the World Cup 2006. In this contract there were no direct payments but several services were offered, such as friendlies, support for CONCACAF and tickets for World Cup games.

"At the moment, there is no knowledge if this contractual agreement has been executed. All this must be clarified. It is also unknown whether this led to a certain vote from Mr Warner or if this was the intention.”

Germany was handed hosting rights after accumulating one more vote than South Africa.

Koch is one of two acting DFB presidents alongside Reinhard Rauball following Wolfgang Niersbach's decision to stand down on Monday amid allegations of improper conduct surrounding Germany's bid to stage football's showpiece event.

Der Spiegel magazine alleged there was a slush fund set up by the DFB to influence four Asian voters, a claim previously denied by Beckenbauer, although he has described a payment made to FIFA while he was the chairman of the bid committee as "a mistake".