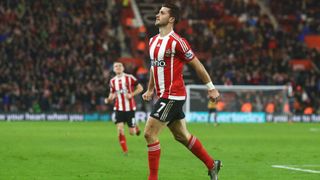 Southampton boss Ronald Koeman insists he will not be selling anyone this month despite the arrival of Charlie Austin from QPR.

The signing of the 26-year-old has prompted speculation that Koeman could consider cashing in on Shane Long, who has been linked with Liverpool, or reported Manchester United target Sadio Mane.

But the former Barcelona defender is adamant there will no exits between now and February, telling the media on Thursday: "We brought one player in and nobody will go out. I keep that until January 31. You know my answer but maybe I have to repeat it 80 times more."

Koeman confirmed Austin could make his debut in Saturday's trip to face Manchester United after being impressed with his application since his move, and has backed him to force his way into the England set-up this year.

"He's very hungry, he wants to play at the highest level," he said. "He wants to develop, he's still only 26, and he'd like to get back in the national team.

"We signed him because he has played and scored in the Premier League. He's at a fantastic age to make a new start and he gives us competition at the front of our team.

"I was a little worried because Charlie had a hamstring injury before we signed him, but he had all the medical tests and took part in all the training sessions this week.

"We had to test him to know he is available and on his fitness tests he is as good as the rest of the players. I wasn't expecting it so quickly but it's nice to be surprised. He will be in the squad this weekend."