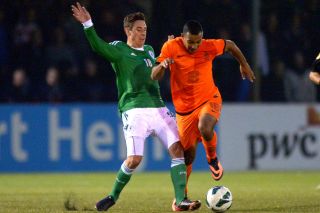 The Germany Under-19 international has made only six league appearances for second-placed Leverkusen in the current campaign.

And the 19-year-old hopes to get more of a look-in at the SGL arena after agreeing to join Markus Weinzierl's side until June 2015.

"I hope the move to FCA will give me lots more chances of playing." Kohr said.

Big things are expected of Kohr, who won the DFB Fritz Walter medal for outstanding performances as a youth player two years running.

Augsburg also announced on Monday that United States defender Michael Parkhurst has left the club my mutual consent after he failed to make a single appearance for the club this season.

The full-back was eager to move on as he attempts to secure a place in the USA squad for the FIFA World Cup and has signed a deal with MLS outfit Columbus Crew.