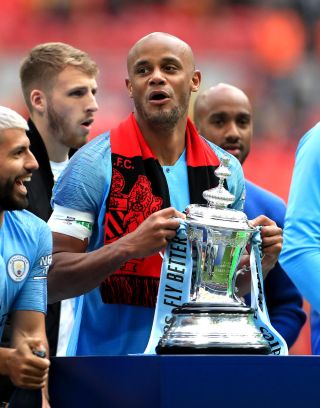 Vincent Kompany has ended his 11-year association with Manchester City and been appointed player-manager of Belgian side Anderlecht.

The 33-year-old joined the Brussels club at the age of six, and his career has now come full circle after a trophy-laden stint at City.

He announced on his Facebook page: “I choose to be grateful for the past but remain ambitious and driven for the future.

An Open Letter to the fans.Part 2 of 2And yet I choose to rebel against what an end wants to be. I choose to be…

“For the next three years, I will take up the role of player-manager of Anderlecht. Belgium’s finest.

“This may come as a surprise to you. It’s the most passionate yet rational decision I’ve ever made.”

“I shared my thoughts and listened to their vision for the future: ambitious, courageous and determined to get back to number one,” he wrote.

“I offered my help, no strings attached, should they need it.”

Kompany says he was then offered the player-manager job in the last few weeks.

“I want to share my knowledge with the next purple generations,” he continued.

“With that, I will also put a bit of Manchester in the heart of Belgium. This is no goodbye. It’s a see you later.”