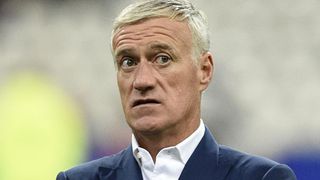 Deschamps was quizzed on the chances of Aymeric Laporte being called up for the tournament considering his good form for Athletic Bilbao in 2015-16.

The 1998 World Cup-winner said the young Basque faces competition from the likes of Barcelona's Jeremy Mathieu and Napoli's Koulibaly.

The only problem is, despite being born in France, Koulibaly has played several times for Senegal since making his international debut for the African nation in 2015.

When told of this revelation, a surprised Deschamps responded: "Really? Well, we'll see."