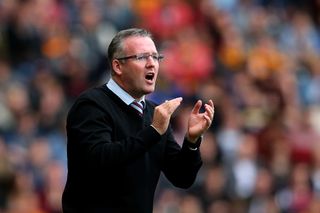 The Scot has used a number of different formations so far this season, including 4-3-3 in Villa's 0-0 draw at Hull City on Saturday after using a 3-5-2 in the 3-2 win over Manchester City a week earlier.

And Lambert believes the improved flexibility of his team is partly down to the club's work in the transfer window, which saw them bring in seven new players.

"The beauty of it is they can adapt," he told the Birmingham Mail. "The lads know it (3-5-2). They played it last year, so they know how to do it. The good thing is we can change to different ways of playing.

"They can adapt to whatever we ask them to do. It all depends on who we're playing against and what players are fit, but we try to get a team to win.

"I played three at the back against Manchester City. Even though it was the first time this season, I thought they did exceptionally well."