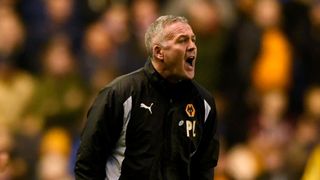 Lambert spent just six months in charge after succeeding Walter Zenga in November, with the team finishing 15th in the table.

Wolves won five league games in a row under Lambert between March and April, but ended the campaign with one win in their last four matches.

"The club would like to place on record its thanks to Paul for his dedication and professionalism during his time at the club, which included some memorable victories, and wish him all the best in his future career," a Wolves statement read.

"A further announcement on a new head coach and backroom team will be made in due course."

Wishing the best of luck to Paul Lambert, Stuart Taylor, Rob Edwards and in their future careers.May 30, 2017