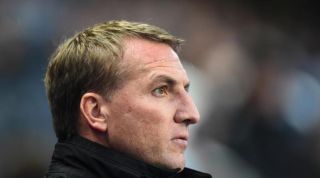 Rodgers was left deflated by a 3-1 defeat at West Ham over the weekend, their third loss in five Premier League fixtures this term, and is determined to get back into the winning habit before hosting their local rivals.

With UEFA Champions League football to negotiate as well this season, Rodgers could be forgiven for sacrificing this competition, but the Ulsterman suggests that will not be the case when the Championship high-flyers visit.

"We've got a massive game in the Cup in the week and then an even bigger game next week when we play the derby," declared the Anfield manager. "We need to refocus now and look to get back to winning again.

"We have lost three out of our five games, so we need to be much better. We showed the potential in our team in the Tottenham game and we need to look to get back to that level as quickly as we can.

"There's no doubt we need to go back onto the training ground and continue to work. We have set a new expectancy at the club that we have to deal with now.

"We have got lots of games and Liverpool as a football club is always a club that people want to beat, but certainly now in particular. But we have to deal with that and that is something that we will do."

Rodgers is still expected to give some of his fringe players a chance, especially at the back, with Martin Skrtel only just returning from a knee injury at Upton Park and Dejan Lovren finishing that match with a heavily-bandaged head following a collision with team-mate Mamadou Sakho.

Middlesbrough will be without suspended midfielder Dean Whitehead after he was sent off late on in Saturday's 4-0 Championship defeat of Brentford but centre-half Dani Ayala is available to return following a ban.

Aitor Karanka's side have already enjoyed comfortable wins over Oldham and Preston in this competition and will travel to Merseyside in good heart following a hat-trick of league victories.

"The most important thing is that we keep going in this way and win games," Karanka told the club website. "We have won three in a row now, we have another on Tuesday and we have to keep looking at the following game."