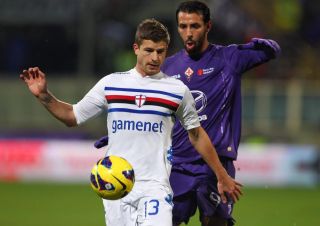 The Championship club announced on Saturday that the Switzerland international has now completed his move to Elland Road following days of speculation regarding his future.

Berardi, who turns 26 next month, made 35 appearances for Sampdoria in his two-and-a-half years with the Serie A side, who he helped clinch promotion back to the top flight in 2011-12.

And new owner Massimo Cellino spoke earlier this week of his desire to continue to bolster the Leeds squad.

"We need that. We've got more than 50 games next season and we need players, good players. We were missing that last season."