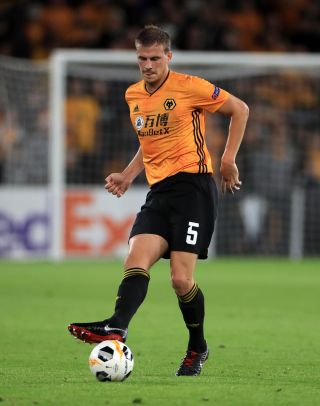 Leicester have completed the signing of Wolves defender Ryan Bennett on loan until the end of the season, subject to Premier League approval.

Bennett, 29, who joined Wolves from Norwich in 2017, has played 19 times in all competitions for Nuno Espirito Santo’s side this season.

Bennett told LCFC TV: “It’s great to be here. It’s a massive club and the league table doesn’t lie. The manager has taken the team to another level and the players deserve great credit too. The club is moving in a forward direction and it’s really good to be part of it.”

The centre-half will not be available for Saturday’s home Premier League game against Chelsea, Leicester confirmed.

The 29-year-old Bennett joined Wolves in the summer of 2017 on a free transfer from Norwich, and has gone on to make 92 appearances, scoring three goals for the Molineux club.

Bennett started out as a trainee with Grimsby, making 110 appearances for the Mariners prior to a loan move to Peterborough in October 2009 that was followed up three months later by a permanent £500,000 switch.

After spending just over two years with Posh, with whom he made 89 appearances, in March 2012 the Canaries then splashed out £3million on Bennett who spent five years at Carrow Road prior to joining Wolves.