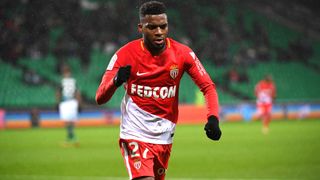 Monaco star Thomas Lemar is certain to stay with the Ligue 1 club until the end of the season, vice-president Vadim Vasilyev said.

Lemar, 22, has been linked to Liverpool and Arsenal since the off-season, with reports suggesting a January move was possible.

However, Vasilyev said the France international was sure to remain with Monaco until the end of the campaign.

"He will stay at Monaco until the end of the season at 100 per cent," he told RMC.

Lemar has provided five assists and scored two goals in the league this season, with Monaco sitting fourth in the table.

Vasilyev said even if his club received huge offers for Lemar, there was no chance they would sell in January.

"If Liverpool or Arsenal come with a big offer before the end of the market? This is not relevant," he said.

"We will say no because the objectives are clear.

"Without important players like Lemar, we will not succeed."