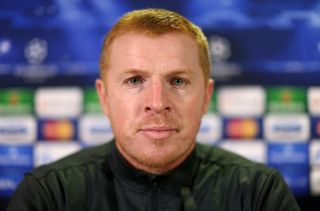 With both men out of contract in the summer, Lennon revealed that the Scottish Premiership leaders were looking to secure the duo on new deals.

"(Ledley) has intimated he would like to stay," he said.

"So we're hoping to speak to his representatives this week and get that finalised.

"(Samaras) is a little bit insecure on things so we need to endeavour to get him happy again. I think he would like to stay."

With the January transfer window now open, Lennon would also like to add fresh faces to his squad as they chase a domestic double.

"We're in a decent position financially where we can bring players in," he said.

"The squad is thin, if we pick up injuries we look light for us. I'm determined to bring players in to make the squad better for the latter half of the season."