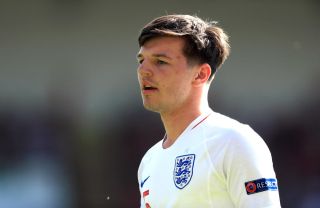 Liverpool have been accused of “mentally bullying” teenage prospect Bobby Duncan after denying him a move away from the club this summer.

Striker Duncan, the 18-year-old cousin of Steven Gerrard, has been linked with the likes of Fiorentina and FC Nordsjaelland in recent days as he seeks first-team football, but Liverpool reportedly rejected a £1.6million bid from the Florence club on Tuesday, calling it derisory.

Duncan scored 32 goals for Liverpool’s under-18s last season after joining from Manchester City and was on target against Tranmere in a pre-season friendly, but is thought to be frustrated at a lack of first-team opportunities.

On Wednesday, Duncan’s representative Saif Rubie posted a lengthy statement on social media claiming Liverpool had previously agreed to allow the England Under-18 international to move on this summer and claiming the current impasse is threatening his client’s mental health.

Rubie wrote that Duncan missed the Liverpool Under-23 game against Southampton on Monday due to “deep mental health issues” because of the “stress of being told he can leave the club but (the club) then going out of their way to force him to stay against his will”.

Rubie added: “Bobby has not left his room for days because of this and will never go back to Liverpool again and my only concern now is his mental health and well-being.

“It’s a sad state of affairs that a club such as a Liverpool can be allowed to get away with mentally bullying and destroying the life of a young man such as Bobby.”

I know Bobby & his family well, he’s young & at that age we all want everything right now. Played for the 1st team in pre season which is a great start & he should try & develop this season & maybe make the bench in Caraboa Cup. That should be the advice you’re giving him you 🤡 https://t.co/RqXd9eupc1— Jamie Carragher (@Carra23) August 28, 2019

Liverpool have not yet responded to the statement. The PA news agency has contacted the club seeking comment.

However, former player Jamie Carragher replied to Rubie’s post on social media, saying: “I know Bobby and his family well, he’s young and at that age we all want everything right now.

“Played for the first team in pre-season which is a great start and he should try and develop this season and maybe make the bench in the Carabao Cup.

“That should be the advice you’re giving him you (clown emoji)”.