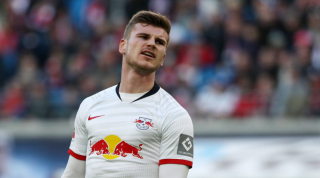 Liverpool will not seek to sign RB Leipzig and Germany forward Timo Werner this month, with the Premier League leaders suspending all transfer activity until coronavirus uncertainty blows over, according to the Daily Mail.

A release clause in Werner’s contract means he is available for a cut-price fee of around £51m until later this month. After which, Werner’s price tag can be set by Leipzig, and would likely be around twice that figure.

Liverpool had been expected to make an offer in the coming days, with Jürgen Klopp said to be a huge admirer of a player who has scored 88 goals in 150 appearances for Leipzig. Likewise, Werner had seemed set on a move, describing Liverpool as the “best team in the world” as recently as February.

Klopp’s admiration for his compatriot is also mutual, with Werner also labelling the Reds boss “the best”.

ALSO READ The best right-back in the world? How Trent Alexander-Arnold is reinventing the full-back

The club’s moratorium on all recruitment activity, including contract renewals, has put a stop to moves, though, and added to the growing uncertainty around current Liverpool players.

Gini Wijnaldum, who has just over 12 months left on his contract, has been a growing concern for a while now, with the Dutchman seemingly content to let his deal run down and leave for nothing at the end of next season. That would represent a significant blow to Klopp, who is desperate for key players to remain at Anfield.

Dejan Lovren is another player who is yet to agree fresh terms, with Klopp thought to be keen to hang on to a defender who has made more than 180 appearances for the club since signing in 2014.