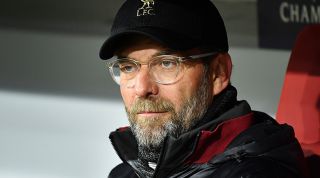 Klopp splashed the cash in 2018 by bringing in Virgil van Dijk, Fabinho, Naby Keita and Alisson for a combined £242 million, but the Reds' investment has paid off so far as they remain locked in a title battle with Manchester City.

Nabil Fekir was lined up for a £53m move last summer but the Reds pulled out after a botched medical.

Although it seems highly likely that the Reds will target a high-profile No.10 like Fekir – perhaps even the France international once again – Klopp has admitted that big spending isn't on the cards this time.

"I don't think this is a team at the moment where we have to spend the big money," said the German.

"The best way to do it is to bring together a group of players, try to develop them together and then stay together for a while.

"And that was maybe the main problem at Liverpool for the last decade. When they had a good team, after a season they went all over the world. That will not happen this year, for sure."