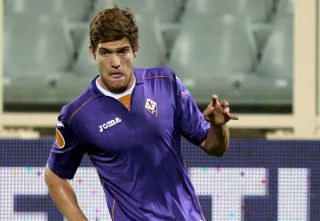 The former Spain Under-21 and Bolton Wanderers left-back secured a return to the Premier League this week and is likely to make his debut against Carlisle United in the FA Cup on Sunday.

Alonso, who came up through Real Madrid's youth team, believes working under the ex-Uruguay international will be of great benefit and is determined to succeed on Wearside.

"The head coach is giving me a very good opportunity and I'm just very happy to be here and now I'll do my best to help the team,” Alonso told the club's official website.

"He's very good for me. He speaks Spanish so I understand him very well and also he did great as a manager at Brighton - he played very good football.

"He has so many good experiences from his time at Chelsea and Tottenham – it's great to work with someone with that much experience and I will try to learn as much as I can."

Alonso is not expecting any difficulty in adapting to life back in the English top flight, and is excited at returning to the Stadium of Light - a venue he has fond memories of.

"It's always good (to have experience)," he added. "It's not the first time I'm going to play in the Barclays Premier League so I don't think I need to get used to anything – I just will play.

"The stadium is great and also the fans - when I played here (with Bolton) the atmosphere was incredible."