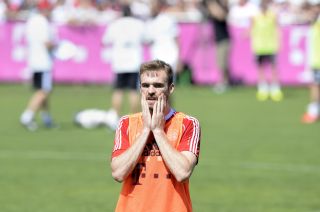 Kirchhoff joined the club on a temporary basis from Bayern Munich in December after struggling to force his way into Pep Guardiola's side.

However, the versatile defender was injured at Schalke's training camp in Qatar and is due to fly back to Germany on Tuesday.

"It makes more sense that he travels back to Germany on Tuesday."

Schalke were involved in friendly action on Monday, with a brace from Adam Szalai securing a 2-1 win over Al-Gharafa.