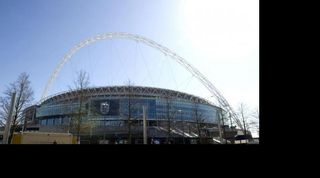 The 16th staging of the competition will see fixtures spread across Europe, with around 30 associations expressing an interest in becoming one of the 13 hosts.

Matches are split into two packages - standard and finals - and the successful bidder for the latter will host both semi-finals and the final.

Football Association general secretary Alex Horne is confident England will be involved in some capacity.

"We are bidding for either of the two packages available and, with our recent experience of hosting two UEFA Champions League finals in the last four years, we believe that Wembley Stadium and London represent a strong bid for UEFA to consider," he said in a statement.

"We recognise UEFA is considering many strong bids from a number of candidate cities and we welcome the opportunity to put forward our bid."

The German FA has chosen to put Munich forward for both packages, while Italy, Belgium and Wales, who had reportedly been eyeing bids for the final, have opted instead to apply for matches in the earlier stages.

Spain, Turkey and Ukraine are the other countries thought to be eyeing a bid for the finals, and the full list of bidding nations is set to be announced on Saturday.