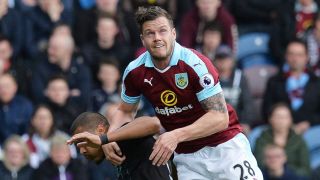 Burnley defender Kevin Long has earned a first senior call-up in Republic of Ireland's 37-man squad for their three international matches next month.

Long has only played twice in the Premier League this season due to injury woe, but is selected by Martin O'Neill for the first time.

Ireland will hold a training camp ahead of playing a friendly against Mexico in the United States on June 1, before hosting Uruguay on June 4.

Those games will prepare them for a home World Cup qualifier with Austria on June 11.

Seamus Coleman, Ciaran Clark and David Meyler are among the regular players not available due to injury, but Marc Wilson is back.

. MON: I wanted the game in America against Mexico. It will give us a chance to get the players on the pitch and work together. May 15, 2017