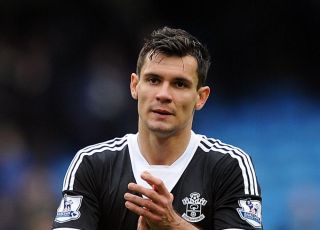 The south coast club enjoyed a strong 2013-14 campaign, finishing eighth in the Premier League, but have seen their manager and three key players leave in the off-season.

Mauricio Pochettino departed for Tottenham and was replaced by Ronald Koeman while Luke Shaw, Rickie Lambert and Adam Lallana have all left the playing squad.

The latter two have already moved to Anfield, with much speculation in the media suggesting that Croatia international Lovren is set to join them.

Lovren, who featured for his country at the FIFA World Cup in Brazil, has revealed he is keen for the move to go ahead.

"Look, I'd gladly stay in Southampton if the club had any ambitions, if they kept the key players," he told Sportske Novosti.

"Not even the Liverpool bid would have dissuaded me [in that case].

"Liverpool sent the offer and the club haven't informed me. That wasn't right. I found out about the bid from other people which disappointed me and I realised I've got no business staying at Southampton.

"When I decided to go to Southampton, many people were surprised but I went because the people at the club had great ambition.

"They gave me assurances about the project - the former chairman, Nicola Cortese, and Pochettino convinced me. They gave me incredible confidence.

"Liverpool sent a £20million offer and [Southampton] paid £9million for me so they would have earned twice the amount.

"At this point, I don't know what I'll do and I don't like it. Frankly, my head is already at Liverpool."