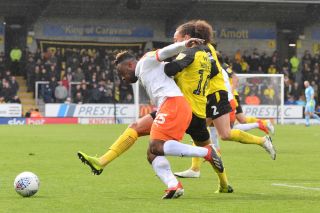 The Hatters winger, 28, turned down the offer of a new deal earlier this month but has rejoined the squad in time for their pre-season tour to Portugal.

“Like most of our signings so far this window, he ticks that box of having plenty of Championship experience,” Hatters boss Graeme Jones told the club’s official website.

“He has got that on his CV so he hasn’t got a mental step to take whether he’s good enough for the Championship.”

LuaLua left Sunderland in September 2018 and joined Luton until the end of last season, scoring three goals in 28 appearances.

He began his career at Newcastle before moving on to Brighton and then Sunderland, while he has also had loan spells at Doncaster and QPR.