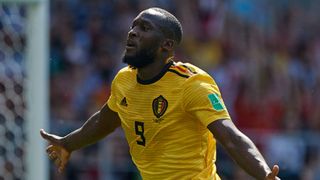 With eight teams remaining, Tite's men are World Cup favourites heading into their meeting with Belgium in Kazan Friday.

In eight games this year, including four at the showpiece tournament, Brazil have kept seven clean sheets and conceded just one goal.

Despite that, Lukaku – who has netted four goals at the World Cup – feels Belgium can threaten.

"Weakness in Brazil? Not really," he said Thursday.

"I think offensively they're very strong. They've players who can make the difference, they have good box-to-box players who are dangerous.

"Defensively, I think they can be taken, but you can't attack in the same manner all the time.

"Three out of four are really experienced so you have to know exactly how to attack. We trained that and we are well prepared."

The winner of the clash between Brazil and Belgium will face either Uruguay or France in the semi-finals.