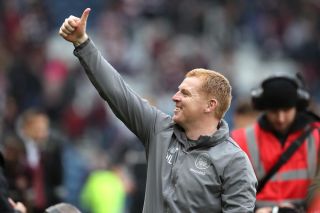 The Northern Irishman returned to Parkhead on a caretaker basis in February and has now been handed the reins full-time after the team successfully completed their push for a third consecutive domestic clean sweep.

But as the club looks to keep their tight grip on the Scottish game, there are some major tasks ahead of Lennon.

Here, Press Association Sport examines some of the short-term issues the 47-year-old needs to deal with.

The most pressing job on Lennon’s list will be trimming down a bloated squad that has helped see the club’s total wage bill soar to £59million. Dorus De Vries, Scott Allan, Jeremy Toljan, Emilio Izaguirre and Cristian Gamboa are among those who have already gone but the likes of Marvin Compper, Youssouf Mulumbu, Conor Hazard, Eboue Kouassi and Daniel Arzani remain despite making little – if any – contribution on the pitch.

Celtic have swept all before them over the last three years but there have been signs recently that they could do with an injection of fresh blood. While Mikael Lustig has appeared to be winding down, he could yet be handed a new deal by Lennon – but cover at right-back will still be required. Back-up to Kieran Tierney is another priority following the left-back’s injury troubles recently and in the goalkeeping department, there is doubts over Craig Gordon’s future with the club after being ousted as number one. Dedryck Boyata and Filip Benkovic have departed and Jack Hendry has yet to convince, so Lennon could do with fresh options at centre-back. And up front, Odsonne Eduoard could do with someone else to push him given Leigh Griffiths’ recent off-field troubles and Vakoun Bayo’s lack of action.

Get up to speed for Europe

The treble treble party has barely finished but Celtic find themselves back in competitive action in less than six weeks as they begin their Champions League bid. Lennon’s squad have four rounds to negotiate if they want to make it all the way to the group stages and as they found last year with their third-round exit to AEK Athens, it can be a perilous journey if you are not up and running early.

Win over the doubters

News that Lennon had been given the job on a permanent basis did not exactly go down with unanimous acclaim from the Hoops faithful. Having grown accustomed to having a big name boss like Brendan Rodgers in charge, the fans were hoping for another stellar appointment such as Rafael Benitez. Lennon has credit in the bank following on from his previous stints as captain and manager of the club but there are those who remain sceptical about his abilities following his troubled spell at Bolton and acrimonious departure from Hibernian.

Work out the priorities

Lennon successfully guided the Parkhead side to their ninth straight trophy last week against Hearts but with the holy grail of ’10 in a row’ coming into sight, the Celtic boss must now decide whether the time has come to focus on what really matters. The money generated by Champions League qualification means Europe will require full attention but fighting on all fronts domestically might yet stretch a squad that is likely to be pushed hard for the league title by Steven Gerrard’s Rangers.