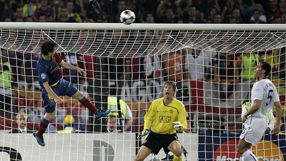 The English Premier League leaders will face Barcelona on July 30 at the 91,000 capacity FedEx Field in Washington DC in the final fixture of the five-match tour.

The tour will begin with three matches against Major League Soccer teams, in Boston (July 13), Seattle (July 20) and Chicago (July 23), and includes a game against the MLS All-Stars in New Jersey (July 27).

"Our visits to the U.S. are always enjoyable ones," Ferguson said in a statement.

"The games are very competitive, which is great preparation for a new season.

"To finish off with a match against Barcelona will be a special moment for all our fans in the States."

United have usually toured Asia, where the club are enormously popular, in the past decade, but are returning to America for the second year in a row.

"The big change now is MLS is now developing into a very competitive league and producing the teams that make it more difficult to play against, as we found out last season against Kansas."