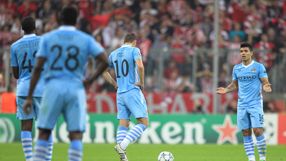 Norwich, who have eased up into mid-table after back-to-back wins, should be in for a testing time against the league leaders at Old Trafford where Sir Alex Ferguson will have made it quite clear that a second successive slip-up will not be tolerated.

United were cruising with a 2-0 lead at home to Basel in the Champions League on Tuesday but in a stunning turnaround, conceded three times before rescuing a draw with a late Ashley Young goal.

Ferguson blamed a "lax attitude at the back" for his team's loss of concentration, although he pointed out that United's attacking instinct had left his midfield and defence exposed.

Norwich are unlikely to cause as many problems as Basel, although the East Anglian side, back in the Premier League for the first time since 2005, have been boosted by wins over Bolton Wanderers and Sunderland.

United are set to again be without injured striker Wayne Rooney as he recovers from a hamstring injury but fellow front-man Javier Hernandez could return after suffering a dead leg in the 1-1 draw with Stoke last weekend.

"It can be difficult to assess a hamstring injury. Obviously we hope we have him back quickly," Ferguson said.

"[Hernandez's injury] is straightforward, it's a dead leg. He should be ready for next Saturday."

While Ferguson waits on news of his key strikers' fitness, his opposite number across the city, Roberto Mancini, again finds himself embroiled in a row over controversial front man Carlos Tevez who was suspended by the club late on Wednesday.

Mancini was also annoyed by his side's slack defending in a 2-0 Champions League loss at Bayern Munich on Tuesday but was even more irked by Tevez's apparent refusal to come on a second-half substitute, a move that may have seen him play his last game for a club he desperately wanted to leave over the summer.

"He refused to come on the pitch. For me that is a bad situation. It's impossible for a player to refuse to help the team. I can't accept that one player refused to go in," Mancini told the club's website.

Argentine Tevez later denied he did not want to play, saying: "There was some confusion on the bench and I believe my position may have been misunderstood."

Tevez is suspended for up to two weeks suspension "pending a full review into his alleged conduct" by the club.

City, level with United on 16 points but with a worse goal difference, will be confident of quickly returning to winning ways at Ewood Park against a Blackburn side with just one league win from six games.

Third-placed Chelsea will be without suspended striker Fernando Torres for their trip to bottom club Bolton on Sunday following the Spaniard's red card against Swansea City.

Elsewhere, it's derby day on Merseyside and in North London.