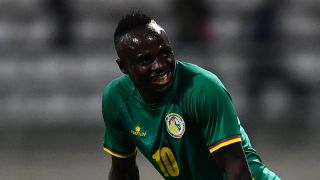 Sadio Mane was in fine form as Senegal beat South Africa 2-0 on Friday to reach the World Cup finals for the first time since 2002.

South Africa knew they had to win their last two games to have any chance of making it to Russia, but defeat in Polokwane ends their slim hopes of qualification.

West Ham striker Diafra Sakho, who is seeking a move away from the east London club, put Senegal in front after 12 minutes, racing on to a Mane pass to beat Itumeleng Khune with a smart finish.

And Mane was again involved as Senegal doubled their lead before half-time, Khune saving the Liverpool forward's effort but seeing unlucky defender Thamsanqa Mkhize turn the rebound into his own goal.

Senegal, who reached the quarter-finals on their last World Cup appearance, now have an unassailable five-point lead at the top of Group D, having gone unbeaten in their five games, while Bafana Bafana are bottom, with just one win to their name.

Nigeria and Egypt are the other two African nations to have already earned a spot at the 2018 World Cup, with the draw set to take place on December 1.

QUALIFIED!Congratulations, Senegal!They're heading back to the for the first time since 2002! November 10, 2017