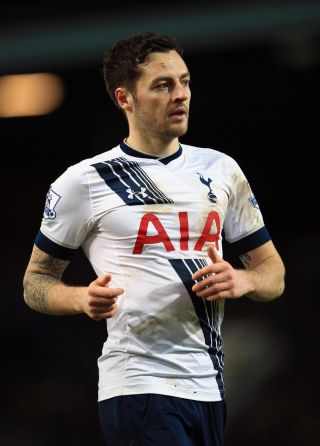 Former Tottenham midfielder Ryan Mason has been appointed coach of the club’s under-19 UEFA Youth League side.

Mason was forced to retire at the age of 26 after failing to recover from the fractured skull he suffered while playing for Hull during January 2017.

The midfielder, who earned a senior England cap in 2015, had been involved in a clash of heads with Chelsea defender Gary Cahill at Stamford Bridge.

In February last year, Mason confirmed following specialist medical advice he would be unable to return to playing, but has since made steps towards obtaining his coaching badges while working within Tottenham’s academy set-up.

The Premier League club confirmed on Monday that the 28-year-old, who left Spurs to join Hull in August 2016, would now become part of the full-time staff following changes to the coaching structure.

Former Portsmouth and West Ham midfielder Matt Taylor has been appointed as coach of the under-18s side, while Nigel Gibbs takes up a role as assistant head of player development for the under-17s to under-23s.

Existing members of staff Chris Riley and Troy Archibald-Henville assume revised roles to support the older players in the academy.

Tottenham’s head of academy coaching and player development John McDermott said: “We have always tried to assemble a blend of staff who know what the demands of the game are at the highest level.

“It’s also important to have a mix of experience through internal promotions and external appointments, including coaches who have recently retired and are current with the modern player, plus coaches who have been in the cauldron of professional football – not just Academy football – and can pass on their wisdom of what the real game expects in terms of behaviour and performance.

“All five of these members of staff understand the incredible standards set for young and senior players at this club and they will be invaluable in driving our players to become the best young men and players that they can be.”