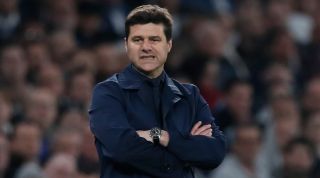 Spurs failed to sign any new players over the last two windows but the Argentine nevertheless succeeded in leading them to the Champions League final and a fourth-place Premier League finish.

According to the Mirror, the relationship between Pochettino and club chairman Daniel Levy grew stronger during the European run, which ended with a 2-0 defeat to Liverpool in the Madrid final on Saturday.

Levy now wants to show the former Southampton boss that they can match his ambitions by funding a squad overhaul.

The chairman is said to also be mindful of Pochettino’s decision to quit Southampton in 2014 after failing to be convinced of their plans for the market.

Fernando Llorente will depart at the end of his contract, while both Kieran Trippier and Victor Wanyama could be sold for the right price.

The futures of star midfielder Christian Eriksen and centre-back Toby Alderweireld remain unclear as both players enter the final year of their contracts.