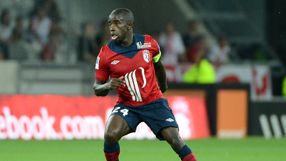 Mavuba, who was left out of France's squad for the World Cup qualifier in Spain later this month, injured his left knee during Lille's 2-0 Ligue 1 defeat at Stade Rennes on Friday.

"He tested (his knee) today but it was inconclusive. He will undergo surgery and should be out of action for six weeks to three months," Garcia told a news conference.

Mavuba will miss the next three Champions League games including the two against Bayern Munich in Group F in which Lille are bottom after defeats by BATE Borisov and Valencia.