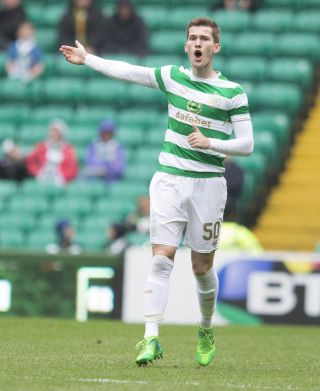 Inverness defender Jamie McCart insists he was wrongly denied a goal in the William Hill Scottish Cup semi-final which could have changed the course of the game that Hearts won 3-0.

With the Edinburgh side leading through an Uche Ikpeazu strike at Hampden Park, Jambos winger Jake Mulraney attempted to prevent Joe Chalmers getting in a cross but appeared to redirect the ball to McCart.

The former Celtic defender turned and fired high past Hearts keeper Zdenek Zlamal only to see the offside flag up.

Minutes later Gorgie defender John Souttar volleyed in a second and substitute Sean Clare made it 3-0 from the spot in the 74th minute after Inverness keeper Mark Ridgers had fouled Ikpeazu, to set up a final meeting with either Aberdeen or Celtic.

“It is gutting looking back at it,” said McCart.

“I spoke to Jake and he said he passed it straight to me. I knew I was offside in the first phase but obviously with him passing the ball to me I should I have been offside.

“It is a tough one to take. It was a massive part of the game. It puts them on the back foot and gives us a bit of spirit. But they hit us with a sucker punch after that which kills the game off.

“But these things happen in football and it is hard for officials to see every small touch, or if it was a touch.

Chalmers was also left frustrated after he came close to leveling the scores with a wonderful free-kick from 20 yards which Zlamal tipped on to the bar.

The Inverness midfielder said: “I was confident stepping up to hit it and I don’t think I could have hit it any better than I did but it was an unbelievable save and credit where it is due to the keeper.

“Obviously small differences like that in semi-finals can change the course of the game.

“Obviously Hearts made it comfortable in the end but to make it 1-1, it might have changed momentum.”