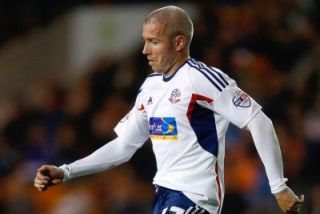 The defender joined the Championship outfit in September and has appeared in four games for Dougie Freedman's side since his initial one-month switch.

He will now remain at the Reebok Stadium until December 28 as Freedman attempts to haul his side away from the bottom three.

Bolton sit in 21st, just a point above the relegation zone, with their their only Championship victory of the season so far coming against Birmingham City on October 5.

However, Bolton are still unbeaten in five league matches, with McNaughton's extended stay likely see him make his final appearance against Barnsley at Oakwell on December 26.

McNaughton has failed to make an appearance in the top flight for Cardiff this season, despite making over 20 starts for the club in the five campaigns prior to their Premier League promotion.