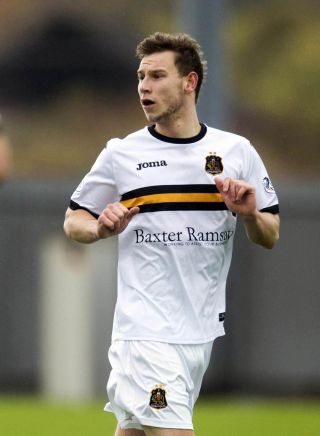 Mitch Megginson fired a double as Cove Rangers extended their lead at the top of the table with a comfortable 3-0 win at Stenhousemuir.

Megginson opened the scoring and converted a second-half penalty for his 23rd goal in 29 appearances in all competitions this season after Rory McAllister had given Cove a 2-0 interval lead.

Fraser Fyvie hit a post as the visitors chased an even bigger winning margin and their ninth win in 11 league matches has lifted them 10 points clear of closest challengers Edinburgh.

City remain second but dropped more points after being held 1-1 at Cowdenbeath, who started the day in third place.

Kris Renton fired Cowdenbeath ahead late in the first half and Marc Laird rescued City a point with an 80th-minute equaliser, but they have won just two of their last seven league games.

Ross MacLean converted from inside the area and Salim Kouider-Aisser’s penalty doubled the Spiders’ advantage before half-time.

Elgin boosted their play-off challenge with a 2-1 win at second-bottom Albion, with all three goals scored in the opening six minutes.

Rabin Omar’s opener was cancelled out a minute later by Albion midfielder Daniel Scally’s header before the visitors regained the lead through Kane Hester in the sixth minute.

Elgin’s fourth win in five league games lifted them above Cowdenbeath into the final play-off spot.

Second-half goals from Dylan Bikey and James Creaney secured Stirling a 2-0 victory at bottom club Brechin, who are winless in their last 10 league games.