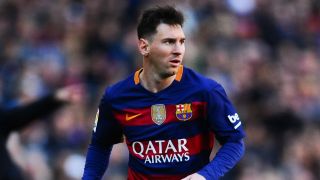 Barcelona stars Lionel Messi and Andres Iniesta are still in Spain ahead of their planned appearance at a charity match in Turkey, which has been embroiled by a military coup on Friday.

Messi and Iniesta were scheduled to take part in the charity event organised by former Barca striker Samuel Eto'o, who now plays for Antalyaspor in Turkey.

However, an army group in Turkey says it has taken over the country, with military scattered across the capital Ankara and Istanbul.

It is unclear whether the planned charity event, which was set to take place on Saturday in Antalya - roughly 500 kilometres from Istanbul - will still go ahead, but it appears unlikely.

Barca midfielder Arda Turan and former players Carles Puyol, Deco and Eric Abidal are already in Turkey for the match, but "far from areas of danger" according to the Catalan club.