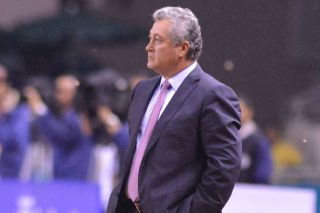 Mexican television network Televisa, who own Club America, said Herrera was set to take charge ahead of November's play-off.

"The turbulence of the Mexican national team will take new victims and Miguel Herrera will step in," Televisa reported.

It comes after Mexico's poor qualifying campaign, which saw them win just twice in 10 matches in the fourth round.

If not for the United States' 3-2 win in Panama on the final matchday, Mexico would have missed out on a play-off spot.

Speaking after his team's 2-1 loss to Costa Rica which almost cost them the play-off place, Vucetich said a sacking would not come as a surprise.

"In today's football nothing surprises me anymore," the 58-year-old said.

"(My dismissal) is not my decision. It has to be discussed between the federation and the (club) directors."

The Mexican Football Federation are yet to make an announcement but are due to hold an emergency meeting on Friday.

Herrera led America to the 2013 Liga MX Clausura title and they also lead the Apertura.