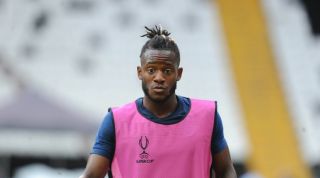 The Belgium international spent last season out on loan at Valencia and Crystal Palace and his future at Stamford Bridge is in doubt.

He was left out the Chelsea squad for the 4-0 defeat to Manchester United on the opening day of the Premier League season before being left on the bench during Wednesday’s UEFA Super Cup loss to Liverpool.

Gazzetta dello Sport reports that Roma are interested in signing the 25-year-old.

Former Tottenham technical director Franco Baldini is negotiating with the player and club on behalf of the Serie A side, having previously overseen the deal that took a 20-year-old Batshuayi to Marseille in 2014.

However, Roma could need to sell Patrik Schick before securing any new signings.

RETRO Was football really better in the '90s? I long for it, but my students prove every generation is different

QUIZ! Can you name Liverpool's line-ups from each UEFA Super Cup victory since 2001?