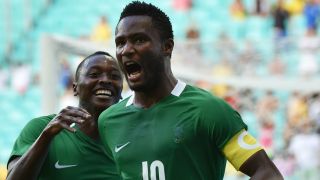 Mikel joined Chelsea in 2006, making over 350 appearances for the club, but he has not featured at all under new manager Antonio Conte this season.

The 29-year-old is now expected to be let go by the Premier League leaders and is seemingly on the verge of a move to France.

"I saw Obi Mikel in London," Rohr told Europe 1. "He is in advanced discussions with Olympique Marseille.

"He will leave Chelsea for free. This is a serious option."

Mikel's contract at Stamford Bridge is set to expire at the end of the season.