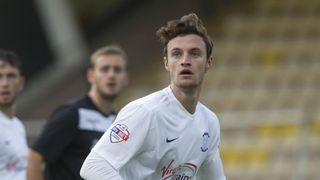 Manchester United manager Louis van Gaal has recalled Will Keane from his loan spell at Preston North End to bolster his shot-shy strikeforce.

Keane joined the Championship side on a season-long loan in July, but he scored just one goal in 20 league appearances.

However, Van Gaal has opted to cut short Keane's spell at Deepdale to allow him to fight for a first-team place at Old Trafford.

"[It happened] in the last 24 hours or so. United felt they needed an extra body around them," Preston manager Simon Grayson told Sky Sports.

"Obviously it's disappointing to lose Will. In the last few weeks he's been finding his feet with us. But that is what happens when you get loan players."

Van Gaal has found his position in the United hotseat come under increasing pressure following a seven-match winless run.

United's have particularly struggled in the final third with the club managing just 22 goal in 19 Premier League matches.

Anthony Martial and Juan Mata have scored four goals each in the league, while captain Wayne Rooney has disappointingly contributed just two.

Van Gaal opted to tinker with his forward line during the close-season with Robin van Persie and Javier Hernandez departing for Fenerbahce and Bayer Leverkusen respectively, while James Wilson is currently on loan at Brighton and Hove Albion.