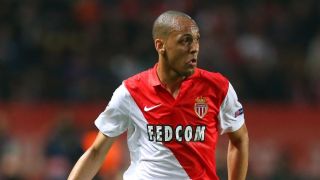 Monaco have completed the permanent signing of Fabinho, who has spent the last two seasons on loan at the Stade Louis II from Rio Ave.

The Brazilian - who also made one loan outing for Real Madrid in 2012-13 - has made 61 Ligue 1 appearances for Monaco over the past two campaigns, and has made his stay a permanent one with a contract running until June 2019.

"Fabinho has demonstrated his talent since his arrival and we are happy to integrate him definitively at Monaco," said club vice president Vadim Vasilyev.

"His versatility, his youth and his state of mind make him a great player for the future.

"It is also an opportunity for him to join the Brazilian selection."