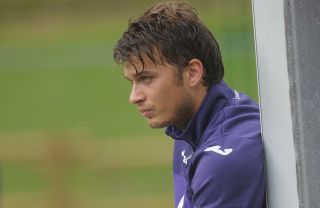 The 21-year-old has been linked with moves away from the Serie A side, with Milan and Liverpool both reported to be interested in signing the striker.

Ljajic arrived in Italy from Partizan in 2010 and has made 78 league appearances, scoring 15 goals.

He featured in the club's UEFA Europa League play-off with Grasshoppers, but was not involved in their opening league clash with Catania due to uncertainty over his Fiorentina future.

"I did not call up Ljajic because the situation is not clear," he said. "The club has never imposed anything on the player."

Without the Serbia international, Montella's side started the new Serie A campaign with a 2-1 win sealed courtesy of first-half goals from Giuseppe Rossi and David Pizarro.

Coach Montella was delighted with the performance of his new strike pairing of Mario Gomez and Rossi.

"I thought we were absolutely terrific," he added. "Gomez and Rossi really complimented each other well and can only grow as a pair."