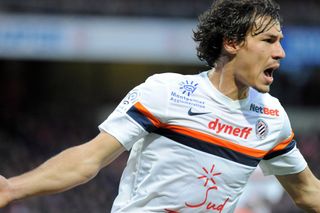 The former France Under-21 international was part of the Ligue 1 title-winning side at Montpellier in 2011-12, having come through the club's youth system.

However, he now looks set to leave for Spurs, having featured regularly for the French club in recent seasons.

Montpellier tweeted: "An agreement has been reached between Montpellier and Spurs for the transfer of Benjamin Stambouli."

The 24-year-old then caught the eye of several clubs around the continent, with the likes of Fiorentina, Marseille and Swansea City all linked with a move for the player.