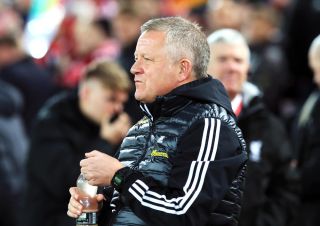 Sheffield United will field a second-string team for their FA Cup third-round clash with non-league AFC Fylde at Bramall Lane.

Blades boss Chris Wilder is set to change the entire side which lost 2-0 to Liverpool in the Premier League on Thursday, saying he has given those players a “few days off to clear their heads and get right”.

Former Everton and Manchester City midfielder Jack Rodwell is expected to agree a short-term contract and could make his Blades debut on Sunday.

Fylde are in the third round for the first time but head across the Pennines without the suspended Matty Kosylo.

The forward starts a three-match ban after being sent off against Vanarama National League leaders Barrow on New Year’s Day.

That 1-0 defeat dropped the Coasters into the relegation zone and boss Jim Bentley said some of his players did not do enough to play at Bramall Lane.

Kurt Willoughby, who has been eased back into action after injury, and Nick Haughton both came off the bench against Barrow and are in contention to start.