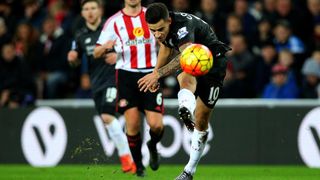 Only three Liverpool players are good enough to start for Tottenham, according to former midfielder Danny Murphy.

Murphy, 38, also believes Mauricio Pochettino's side are a step ahead of Liverpool.

The former England international said he found it difficult to put more than three Liverpool players in Tottenham's XI.

"Liverpool, they need a turnaround of players and the reason I say this is somebody asked me how many Liverpool players would get into Tottenham’s first XI," Murphy told talkSPORT.

"Here's my quick answer to that – two, three maximum. And I can't think of a year in my lifetime where I think that could have been said. And that’s a big turnaround."

Murphy believes only Philippe Coutinho, Jordan Henderson and Nathaniel Clyne are better in their positions than what Pochettino has at his disposal.

"I personally would have Henderson instead of [Eric] Dier, only just. I know Dier’s been brilliant," he said.

"The only problem with Henderson is Dier’s a sitting midfielder, Henderson likes to get forward. What you could do is put Henderson and Dele Alli ahead of [Moussa] Dembele and play Dembele in the holding role. I couldn't leave Dembele or Alli out.

"Coutinho definitely and finally – it wouldn’t bother me not putting him in in terms of [Kyle] Walker’s ability – would be Clyne. He probably just edges Walker but both are superb right-backs."