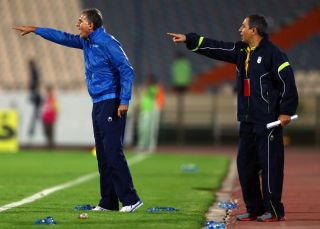 Namazi aided the Iranian's qualification for the showpiece in the role of assistant coach before leaving to take up a position with the United States women's national team.

However, he will no doubt be a keen observer as Carlos Queiroz's men attempt to make an impact on the biggest stage.

"Iranian players are very skilful but they're not all great defenders," he said.

"Carlos is not stupid. Going to the World Cup as the 31st or 32nd team in terms of level, you're probably going to have to defend a lot. He needs players who can defend."

While Iran enter the tournament with few expectations, being drawn in one of the less challenging groups - they are alongside Bosnia-Herzegovina, Nigeria and Argentina - means the passion of their supporters could be rewarded.

Namazi added: "It's a strange, strange world in Iran. Yes, the passion is there. The people live and die with soccer.

"Everyone – everyone – on the streets talks about soccer. But they haven't been able to translate this passion into performance."