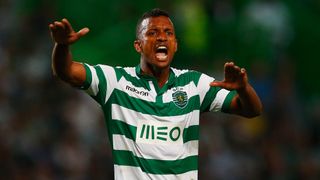 Portugal winger Nani has re-joined Sporting CP on a permanent basis more than a decade after originally departing for Manchester United.

Valencia reportedly allowed the 31-year-old to leave on a free in order to reunite with the club that gave him his professional debut in 2005.

He previously returned for a loan spell during the 2014-15 season, netting 11 goals in 36 competitive appearances.

The Euro 2016 winner has failed to settle since leaving United with no more than one season spent at any of Fenerbahce, Valencia and Lazio, where he played on loan last term.

Sporting have likewise struggled for stability in recent times, seeing a host of first-team players head for the exit following a training ground attack from fans at the end of last season.