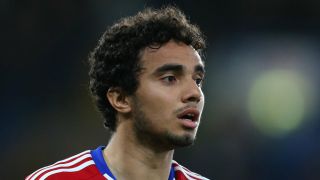 Former Manchester Untied defender Fabio da Silva has signed for Nantes from Middlesbrough, bringing his 10-year spell in English football to an end.

After starting his career at Fluminense, the 28-year-old full-back broke through at Old Trafford in 2008-09 under Alex Ferguson but made only 23 Premier League appearances for United before signing for Cardiff City in January 2014.

Cardiff were relegated to the Championship at the end of that season and Fabio went on to be a regular in the Bluebirds' back four until he secured a move back to the Premier League with Middlesbrough in 2016.

Another relegation followed, but the two-time Brazil international will play top-flight football again after signing a three-year contract at Nantes.

After 11 years in the UK I cannot wait to start this new challenge at I feel honoured to join this famous club and I look forward to helping Nantes achieve its goals. Thanks to the team July 18, 2018

"I'm really looking forward to training and being ready to help my team-mates.

"I already know them a bit because I have seen matches on TV, I know some players and to be honest, I am very enthusiastic!"