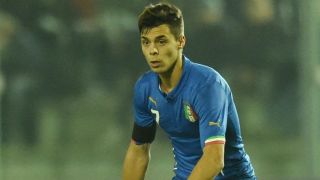 Italy youth international Alberto Grassi has completed a move from Atalanta to Serie A leaders Napoli.

The 20-year-old, who only signed a contract extension in October last year, had been linked with both AC Milan and Fiorentina following his performances in Italy's top flight this season.

However, Napoli have won the race to sign the coveted central midfielder after he completed medical tests earlier this week, confirming via their official website: "Napoli have formalised the outright purchase of Alberto Grassi from Atalanta."

Reports in Italy state Maurizio Sarri's side will pay a fee close to €10million for the Italy Under-21 international, including potential bonuses.

Grassi has made 14 appearances in all competitions this season and played the full 90 minutes of Atalanta's 3-1 defeat to Napoli on December 20.