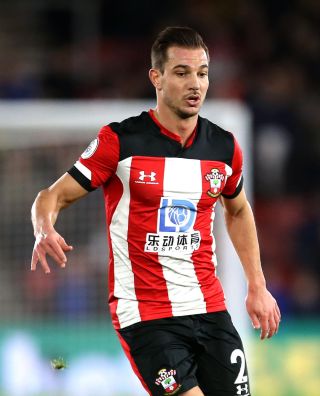 Arsenal will continue to be without January recruits Cedric Soares and Pablo Mari when they host Newcastle in the Premier League.

The match on Sunday will come too soon for Mari, who is expected to join the squad in the next week or so, while Soares will have to wait longer and is yet to return to training.

Kieran Tierney will also miss out with a long-term shoulder injury, although manager Mikel Arteta could have Sead Kolasinac and Reiss Nelson back in contention after they both had thigh problems.

Newcastle striker Joelinton is fit to take his place in the squad for the trip to north London.

The £40million Brazilian was unable to continue after scoring his third goal of the season in the FA Cup fourth-round replay victory at Oxford on February 4 but has recovered from a rib problem in time to feature.

Fellow frontmen Dwight Gayle (hamstring) and Yoshinori Muto (hip) are back in training but unlikely to travel, while Andy Carroll (hip) remains on the sidelines along with defenders Emil Krafth (ankle), Jetro Willems (knee), Paul Dummett, Javier Manquillo and Jonjo Shelvey (all hamstring).