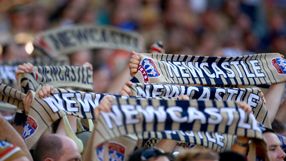 Hunter Sports Group (HSG), owned by mining magnate Nathan Tinkler, said it had suffered an "irrevocable breakdown in confidence" in the current management of Football Federation Australia (FFA) and would be returning their licence.

The FFA, still reeling from the acrimonious demise of another club owned by a mining magnate, Clive Palmer's Gold Coast United, hit back immediately by saying HSG could not just walk away from its commitments.

"FFA does not accept that the Newcastle Jets have the right to return their A-League licence," the FFA said a statement.

"FFA expects that the Jets will continue to honour the Club Participation Agreement with FFA, which is for a term expiring on 30 June 2020.

"FFA also expects that the Jets will continue to honour the playing contracts in place with each of their players."

HSG said it had invested almost A$12 million ($12.38 million) in the ailing club since rescuing it 18 months ago and had no confidence in the FFA management to resolve a number of financial issues.

"As a keen Jets and football fan this has been a tough decision and I am aware the impact this will have on members, players, coaches, fans and the entire football community," HSG Chief Executive Troy Palmer said in a statement.

"It is also frustrating to have invested so much time, energy and money to save the Jets for the community at short notice and then continually hit road blocks at the FFA."

Gold Coast United owner Palmer set up a rival body to end what he described as the FFA's "dictatorship" of the game last month after his licence was withdrawn when he was accused of bringing the game into disrepute.

The FFA earlier this month announced plans to replace the Gold Coast franchise in the 10-team league with a club based in Sydney's western suburbs.

FFA Chief Executive Ben Buckley was dismayed by HSG's decision and said his organisation had sought legal advice and denied the governing body had been uncommunicative with owners.

"Today's announcement makes no sense for all those people and for the other clubs in the A-League. They can rightfully feel let down," he said.

"The FFA chairman Frank Lowy and I have made numerous offers to meet in person with Nathan Tinkler," he added. "Just two weeks ago a scheduled meeting was cancelled by HSG at short notice.

"However, none of this provides a justification for today's announcement by HSG or provides any grounds for the Newcastle Jets to relinquish their licence."